Revisiting the Dumbarton Oaks Museum and the Byzantine & Christian Museum of Athens, today we shall take a look at methods of lighting which would be typical for the 10th century in Byzantium or Eastern Rome.

In the Dumbarton Oaks collection there is a 10th century glass hanging lamp. It would have needed a wick holder, which would likely have been of brass, to hold the wick, it would have been filled with olive oil, and was common enough that it shows up in an icon of St. Luke. The chain is attached by eye-bolts set into holes through the glass. The Dumbarton Oaks, lamp is the only one of its kind still intact. The book LIGHTING IN EARLY BYZANTIUM published by Dumbarton Oaks has excellent images.

Over in the collections of the Byzantine & Christian Museum there are several clay lamps which, from the sheer numbers that have been found, and the common motifs carried by so many, were likely used by nearly everyone, even if they also had the wealth to own lamps made of metals.  Of particular interest are the hanging fish lamps, and the smaller table lamp with fish decoration.

This metal version (image from Wikimedia Commons) with the Chi Rho would have been very common in clay and this shape was common with all sorts of Christian motifs; the chains indicate that it could be hung as well as set on a table: 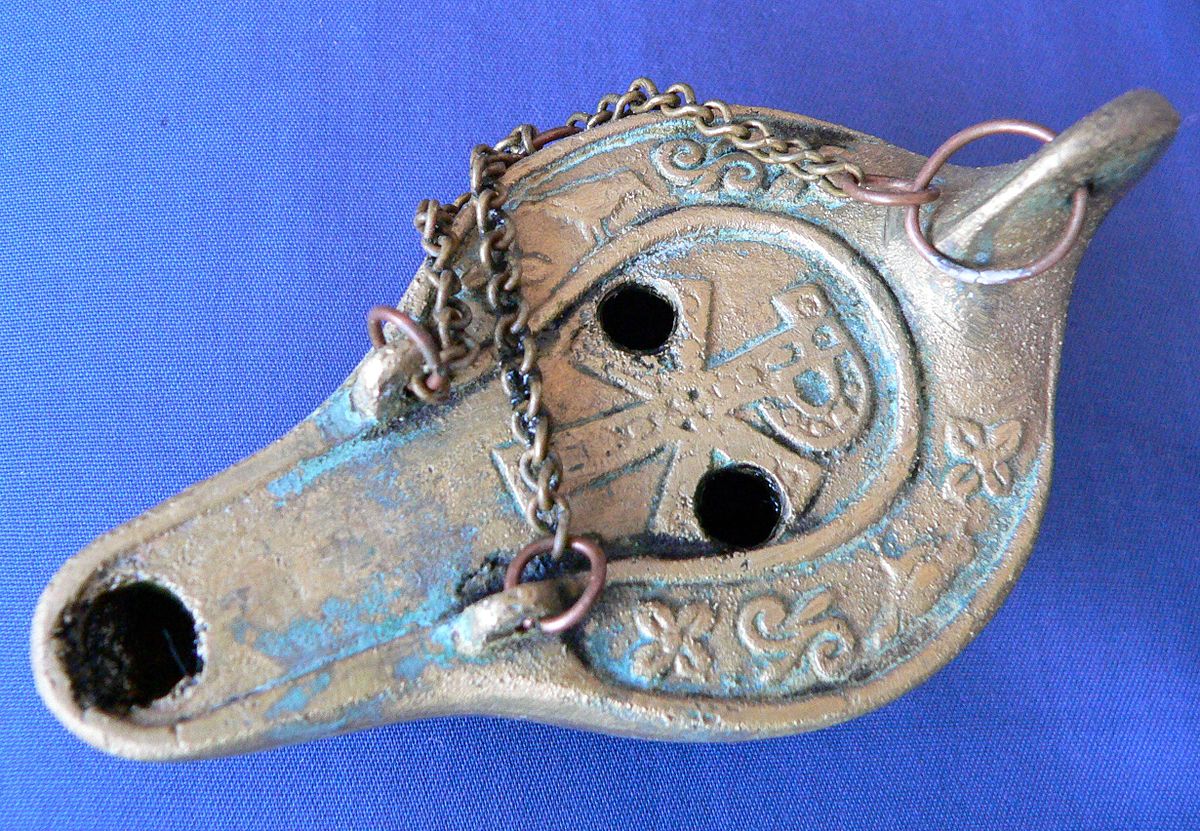